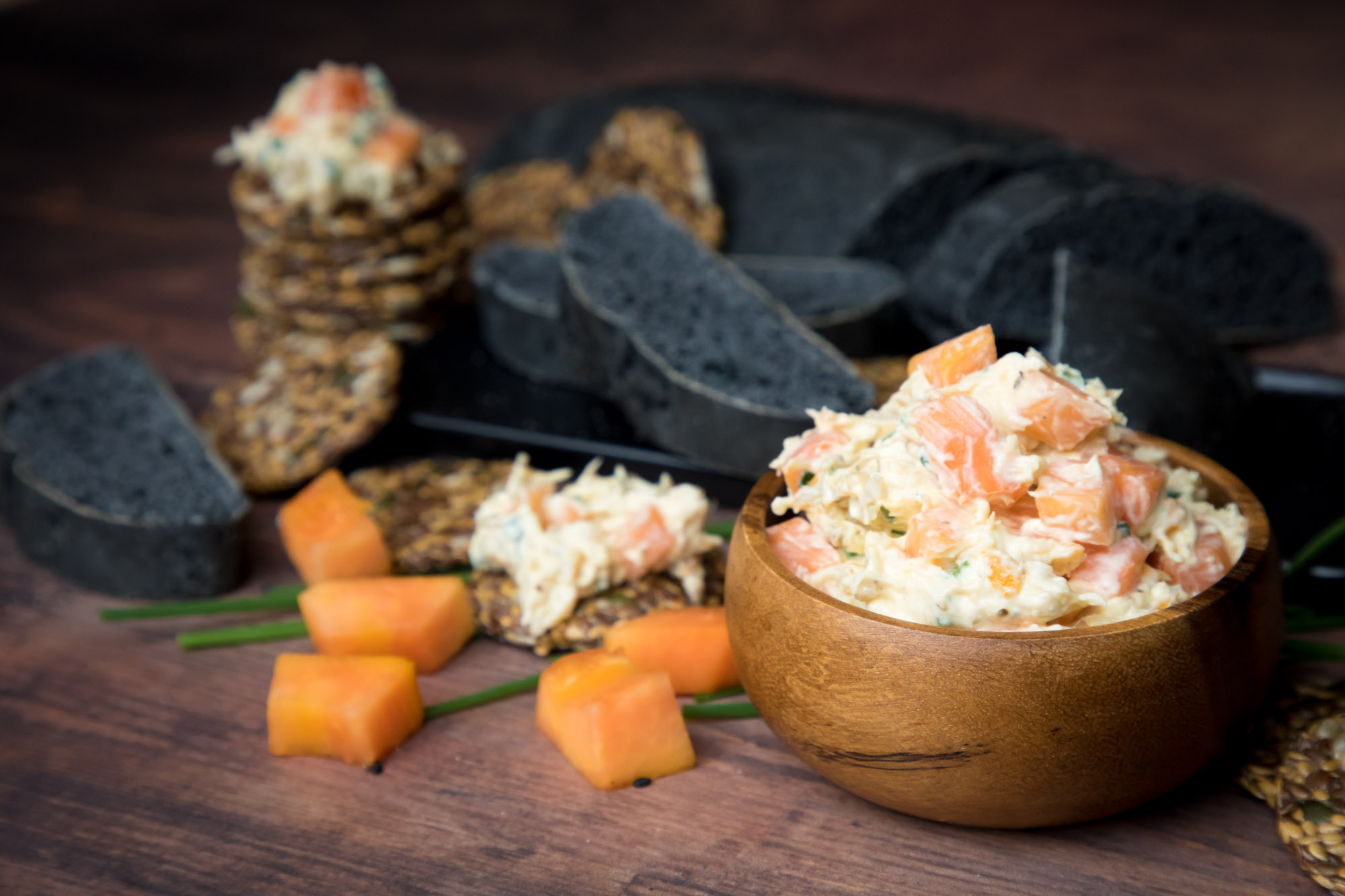 Rillettes (the correct French pronunciation is ree-yet) describes both a preservation method as well as a final product, traditionally one of the staples of a French meat platter. Rillettes are made by cooking meat (traditionally pork) submerged in fat at very low temperatures for a fairly long time. The meat is then shredded and mixed with some of the cooking fat and packed in jars so that it can last a long time. Because of this treatment, it is sometimes referred to as “pig jam”. It can be combined with other cold cuts, pickles, good old biltong and crusty bread to create a winner starter to any meal. Whatever you do, writes Rebecca Franklin, just do not refer to it as a pâté (and most certainly not in the company of a serious French foodie) or you should be prepared for a serious tongue lashing. Even though Rillettes may have many similarities to a pâté, they are rarely as smooth as a pâté.

In this recipe, the smoked snoek changes this classic into a lovely South African version that marries superbly with papaya. Because the snoek is slightly salty, the papaya softens the spread into a deliciously moreish snack or starter that no one will be able to resist.

Ingredients for a large portion of Rillettes that could serve between 6 and 8 people:

Beat the cream cheese with the paddle attachment in a freestanding mixer or with a wooden spoon.

Beat in the melted butter. The mixture should be light and fluffy.

Finally, carefully fold in the papaya, being careful to not bruise the papaya too much.

Pack tightly in a presentation container, and seal the surface with a thin layer of melted butter, should you wish.

Serve as is with activated charcoal and black sesame sourdough bread.

The spread however also works perfectly with crusty baguette, or other country style breads or crackers.