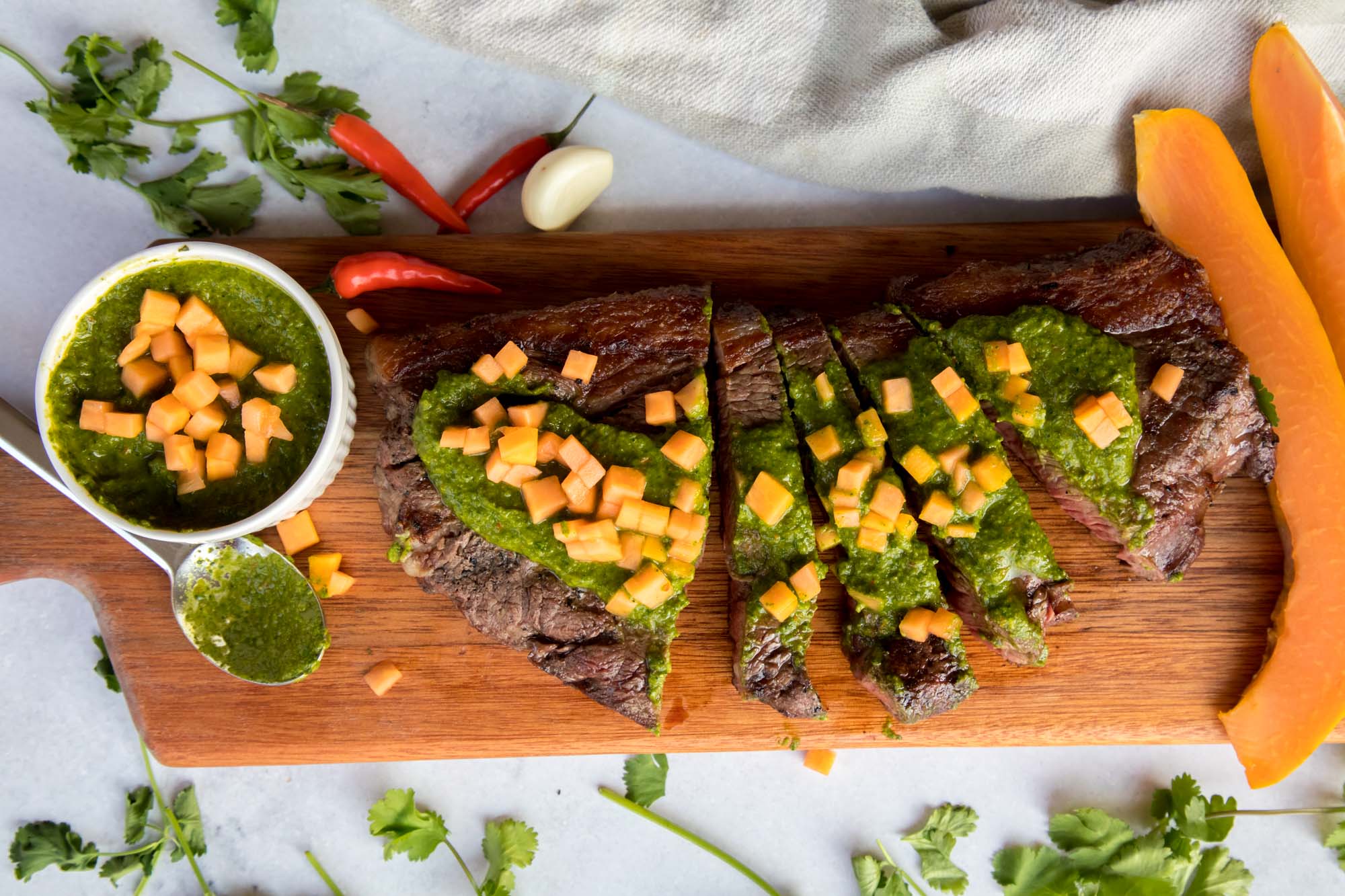 Chimichurri verde – also referred to as Argentine pesto, and not to be confused with the red variant – is a fresh, piquant green sauce that packs considerable punch from a fair amount of garlic, chili, lemon and coriander. Although the sauce does not keep for longer than a day or two because the fresh ingredients such as parsley, coriander and papaya will oxidize relatively quickly, it is super easy to make more every time you need it. This amount is good for the four steaks suggested in the recipe. If some should be left over and you wish to keep it, place it in a small cup and place a layer of cling film directly on the surface of the sauce, or alternatively pour a generous amount of olive oil on the surface to keep any air out.

This recipe is perfect as a starter at a braai. Braai some large steaks, slice across the grain and serve with papaya chimichurri to nibble on before the main braai. The sauce is the perfect accompaniment to all sorts of meat, from medium-rare steaks to well done chops with a crisp, savoury layer of fat, chicken or even a beautiful piece of tuna or other fish. The fresh, sweetness of the papaya will mellow the heat from the chilies.

The origins of the word ‘chimichurri’ is unclear – food writer Joyce Goldstein says that it is believed that the name of the sauce is a corruption of English words, most commonly the name Jimmy Curry or Jimmy McCurry, a supposed meat wholesaler. The Argentine gourmet Miguel Brascó claimed that the word came about when the British were captured after the failed British invasions of the Río de la Plata in 1806-1807. Other sources suggest that the name of the sauce may be a corruption of the Spanish word chirriburri, or the Basque word zurrumurru for noise or rumour, or tximitxurri, which means hodgepodge or a mixture of several things in no particular order.

Ingredients for ±300 ml Chimichurri, enough for 4 portions of steak:

4 steaks of your choice, but beef rump usually does well on the braai, cut medium thick. Rub generously with olive oil, salt and pepper.

For the Papaya Chimichurri sauce: 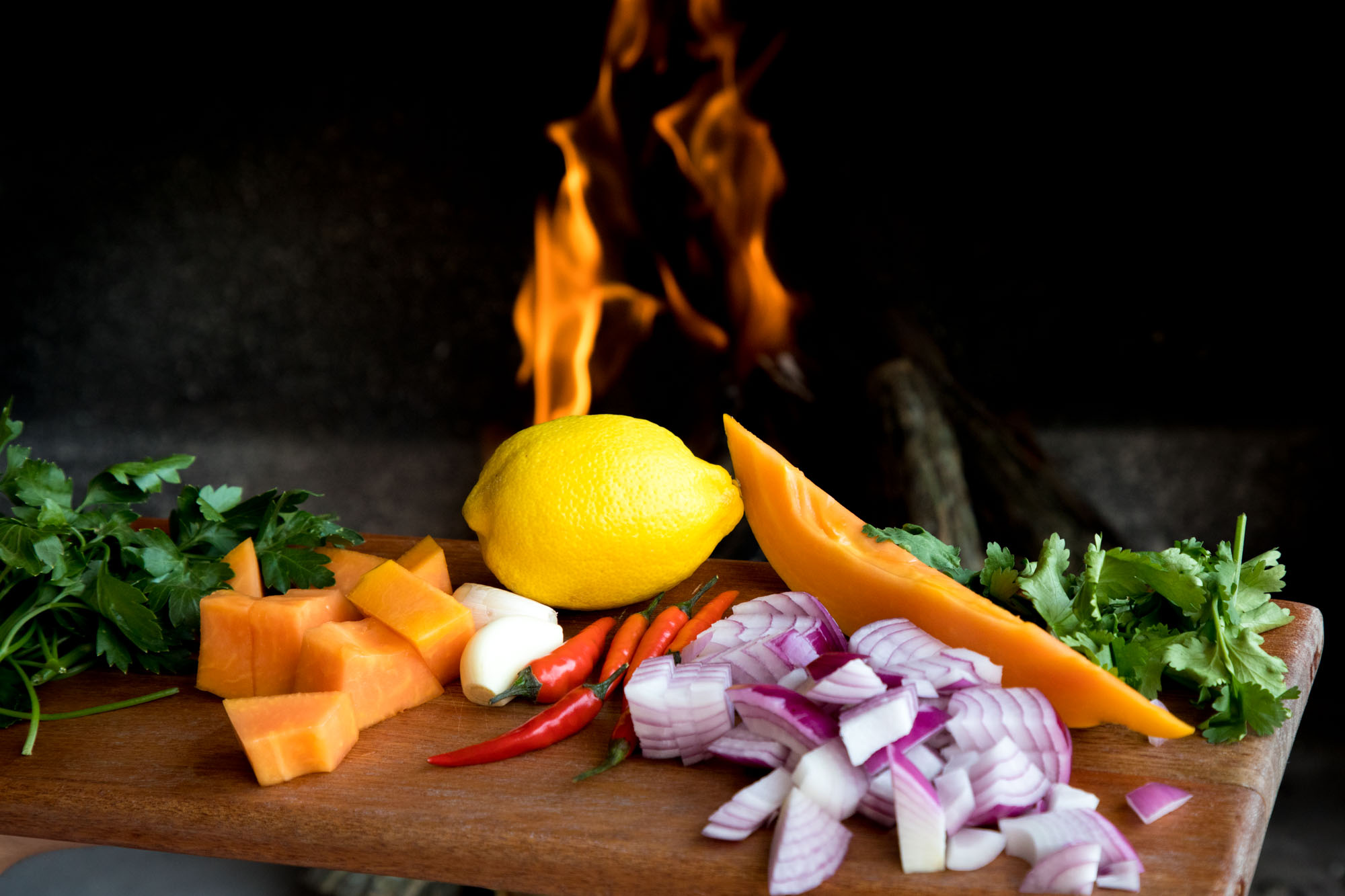 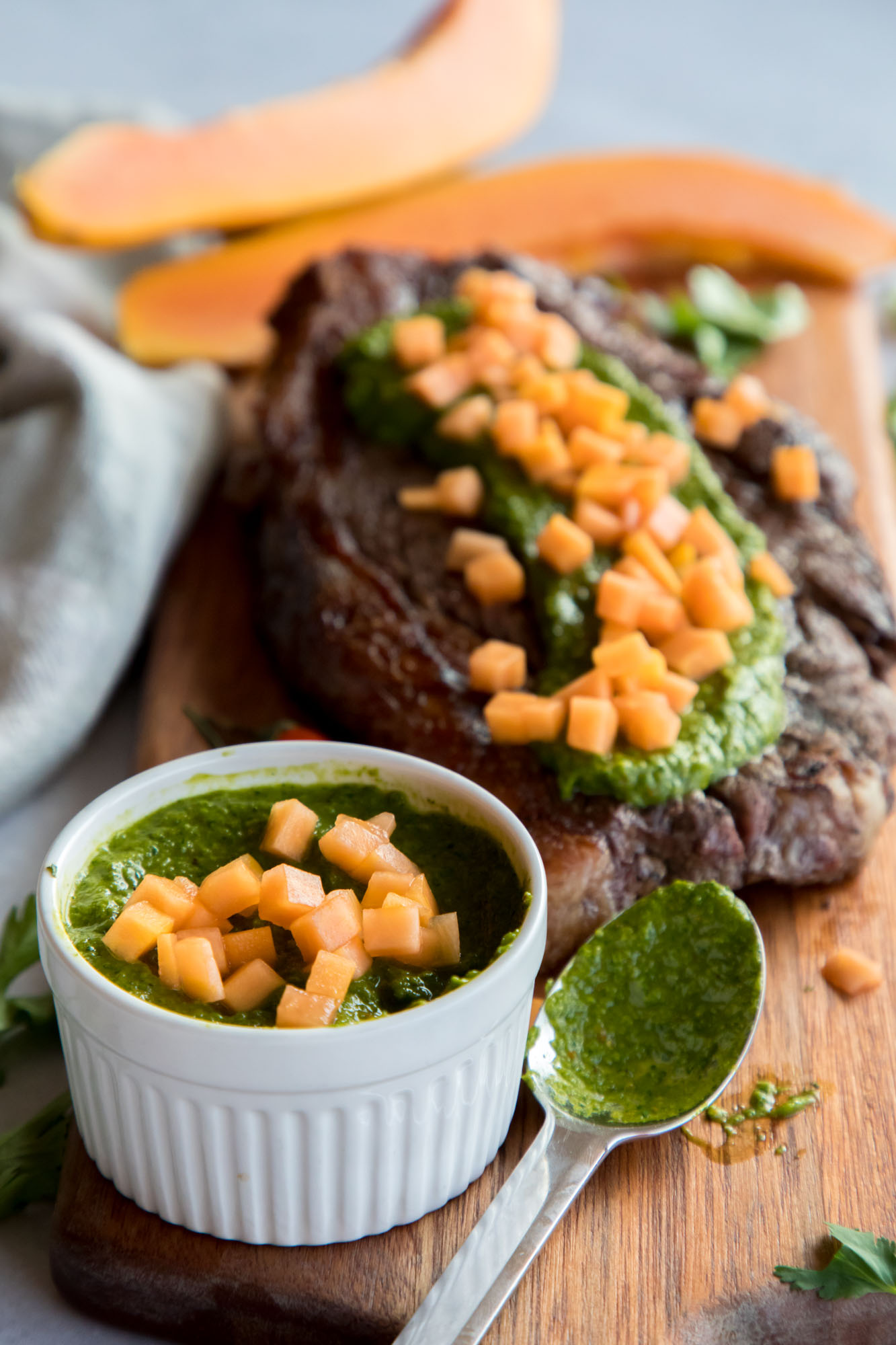