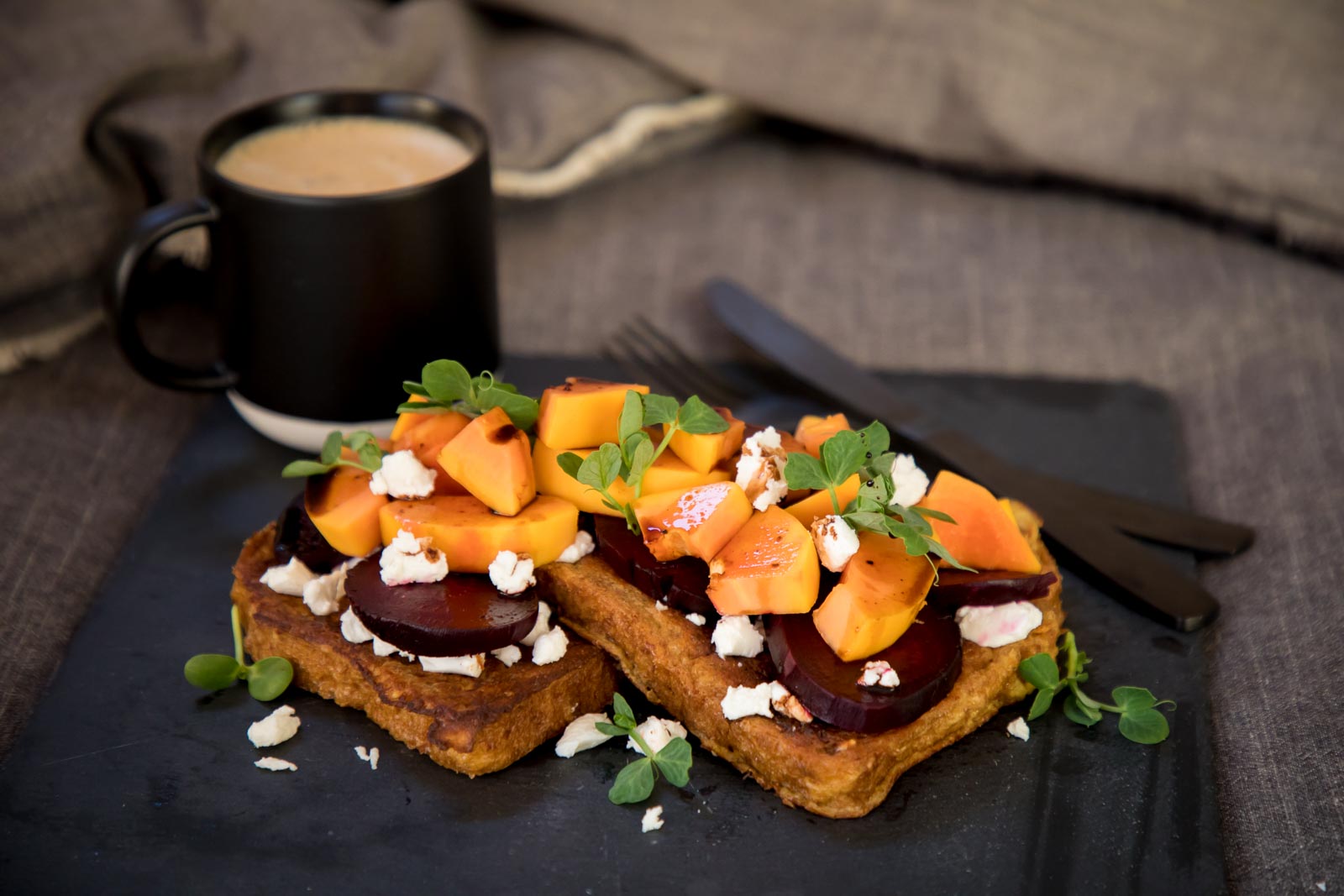 As is the case with so many other dishes, the origins of French toast are murky and uncertain. Something akin to French toast can be traced back to the Roman Empire, and their version was apparently called Pan Dulcis. However, some sources believe the idea of moistening and then heating bread was something people in the Medieval period had to do. Necessity required them to find ways to get by with very little food.

The term ‘French toast’ is first recorded in writings of 17th century England. One slightly fanciful story goes that the dish was invented by an American man called Joseph French, who got the apostrophe wrong, while other tales suggest that French toast has similar etymological origins as French fries, which refers rather to the verb ‘to French’, which apparently means to slice in old Irish. Whatever its history, this deliciously simple dish is called pain perdu in France and means lost bread, as it was initially made from stale bread that may have otherwise been thrown away. In England, French toast is also referred to as eggy bread, gypsy bread, French-fried bread, German toast, Poor Knights of Windsor, Spanish toast or nun’s toast. A similar version from areas of Bavaria is called pafese or pofese, and in Italy it is referred to as zuppa pavese (from the town of Pavia), and pain doré or golden bread in Canada. Hungarians call it bundáskenyér, which literally means coated bread.

Even though one may choose to make French toast from more rustic bread such as a country loaf or sourdough, it can be made from any bread, even enriched breads such as brioche or challah. If you cannot bear your French toast slightly soggy and soft inside, then by all means soak it less and fry it dry, but there is nothing more luxurious than a somewhat wobbly inside, which resembles a well-prepared bread-and-butter pudding. French toast can be served at any time of day, for breakfast, brunch, lunch or a light supper meal on a Sunday evening. It can also be dressed up or down by literally adding anything from icing sugar or syrup to bacon, cheese and delicious gravy. Follow the Scottish example, where a sausage between two slices of French toast is eaten as a sandwich, or the famous Mumbai sandwich or Indian Masala French Toast made with fluffy white bread dipped in a spicy savoury egg and milk mixture.

This recipe combining papaya with roasted beetroot and goat’s cheese is most suitable for a smart Sunday brunch, but one could easily make much smaller circles of bread and transform the dish into an elegant starter. The papaya pairs perfectly with the roasted beetroot, perfectly offsetting the creamy/savoury goat’s cheese (or a mix of chèvre and Danish feta as suggested in this recipe) while the drizzle of reduced roasting liquid ties the topping and the French toast together perfectly.

First roast the beetroots. Place them in an oven pan or oven-safe casserole, add the wine, salt, pepper and sugar, and roast them uncovered for 2 hours at 170°C, or until soft when pierced with a knife. Remove from the oven and set the beetroot aside to cool. Peel and slice them in ½ cm thick slices when cool enough to handle.

In the meantime, add the balsamic vinegar to the oven pan and reduce the liquid on the stove to around 90 ml. Warm six dinner plates to be ready when your French toast is cooked.

Mix the eggs, cream, salt and sugar together. Melt the butter in two or three pans if you want to serve all six slices at once, or do them in one pan two at a time, keeping the others warm until they are all done. Dip the bread into the egg mixture in a flat rectangular container. Let them soak up as much of the custard as you prefer (see note above) and transfer them into the bubbling butter in the pans. Cook them on medium heat, turning only after the first side is sealed and a wonderful golden crust has formed. The sogginess of the inside will greatly depend on the type of bread used and how long the bread was soaked, however one can at this point fry the toast until dry in the pan, or remove them when they are still slightly wobbly inside.

Immediately spoon a little of the cheese over the toasts, top with slices of beetroot, slices of papaya and crumble more cheese over. Spoon the reduction sauce over and garnish with a few sprigs of herbs. Serve immediately.