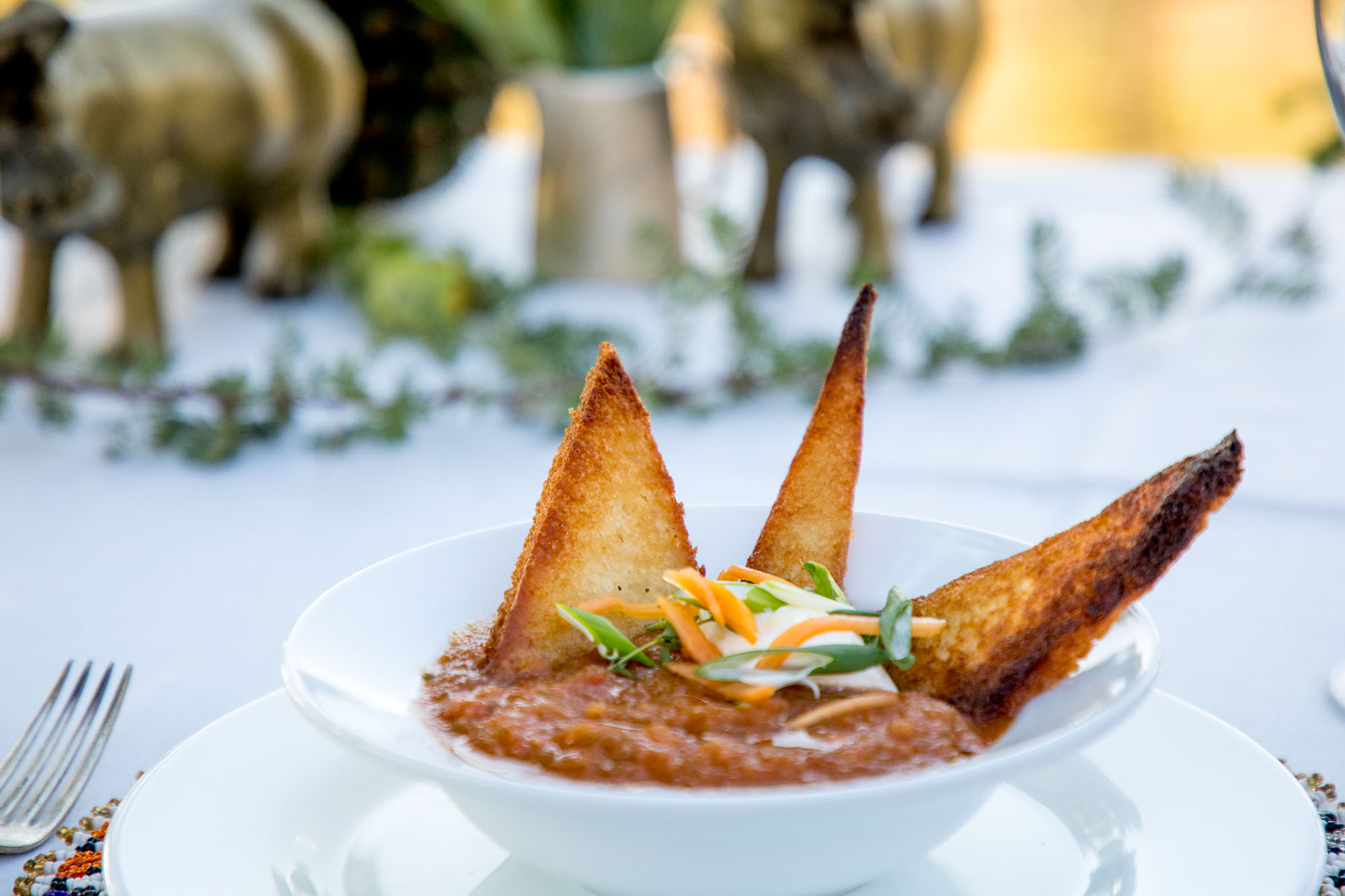 Score the tomato skin and cover in boiling water. Set aside and allow to stand while preparing the rest of the ingredients.

Using a stick blender, pulse the fruits and vegetables in 20 second intervals until semi smooth. Specks of the ingredients such as the cucumber peel, must still be visible.

Add salt and pepper and allow to rest for 30 minutes.

Add cream, stir through, adjust seasoning if needed (own discretion) and garnish with a quenelle of crème fraiche and a drizzle of nut oil.