Many stories abound on the origins of the classic Bloody Mary, such as that it was invented in the 1920s by an American bartender, Fernand “Pete” Petiot, at an American bar in Paris called Harry’s New York Bar. Legend goes that he then moved to the King Cole Bar at the St. Regis Hotel in New York City, and took the recipe with him. But as is often the case with culinary history, many theories persist, such as that the cocktail refers to the rule of ruthless Queen Mary I of England in the mid-1550s. “The tomato juice,” according to the Weekly World News, “represents the blood spilled, while the vodka, a ‘firewater,’ is symbolic of the queen’s brutal means of executing the martyrs”.

The Bloody Mary is not a spirits-driven drink, and that’s part of its appeal especially among home bartenders, writes Wayne Curtis. “The tomato juice and vodka form a blank canvas on which one may create freehand artistry in the medium of spices – more horseradish or black pepper for some, a touch of clam juice (which for obscure reasons makes it a Bloody Caesar) for others. It’s a cocktail that doesn’t require a jigger, rather just a modicum of culinary instincts”. 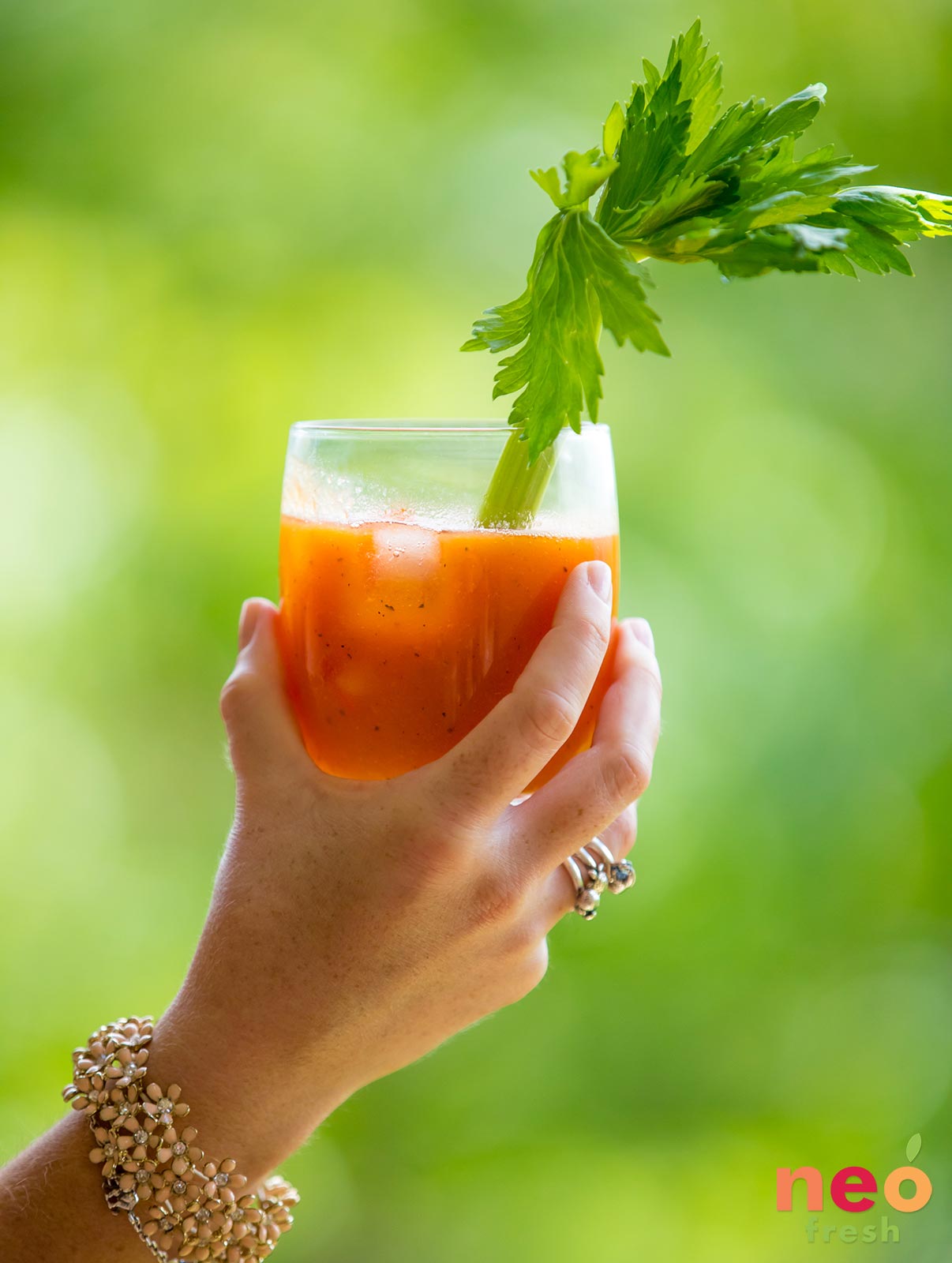 In this papaya version of the Bloody Mary, tomato juice is replaced by papaya purée. It makes the Mary delightfully earthy and savoury while at the same time the fruit lends a gentle, floral lightness. There is no ‘hot’ element – such as Tabasco or cayenne pepper – in this recipe because it might overpower the gentle lightness of the cocktail, but feel free to experiment and add some. This recipe uses celery salt, which is not easily found in South Africa. Make your own by drying some chopped up celery and salt in a low oven or food dehydrator and thereafter pulverize to a powder. Of course, this is just a base, and one can go to town with all sorts of other additions and garnishes.

Combine all the ingredients in a pitcher filled with ice, stir to make it super chilled, and strain into tall glasses.
Garnish with a stick of celery that doubles as stirrer. One can have the Papaya Mary either straight or over ice. Since the Papaya Mary is slightly rich, serving it over ice seems to mellow out the richness somewhat.