These are lollies for grown-ups – apart from the fact that they contain a good measure of alcohol, they are laced with spices and chili. They are perfect as a little amuse bouche before dinner, but one could also stand them up in glasses – with another shot of vodka – as a cocktail. Despite the alcohol, these are packed with numerous health-giving ingredients from not only papaya, but also the cumin, chilli, basil and turmeric. The spices convey a deep, savoury flavour to the lollies that pairs well with the vodka. If you are not a fan of vodka, substitute for the same amount of gin or perhaps dry vermouth for extra interest and complexity. You could also top it up with soda or tonic or a combination of both – test what works for you.

The brownish-orange colour of the spice mix may not appeal to everyone, in which case simply toast the cumin slightly less (which will make the flavour slightly less pronounced as well). Instead of adding the chilli and basil to the blender with the other ingredients, rather chop them finely to include some flecks of colour in the mix. 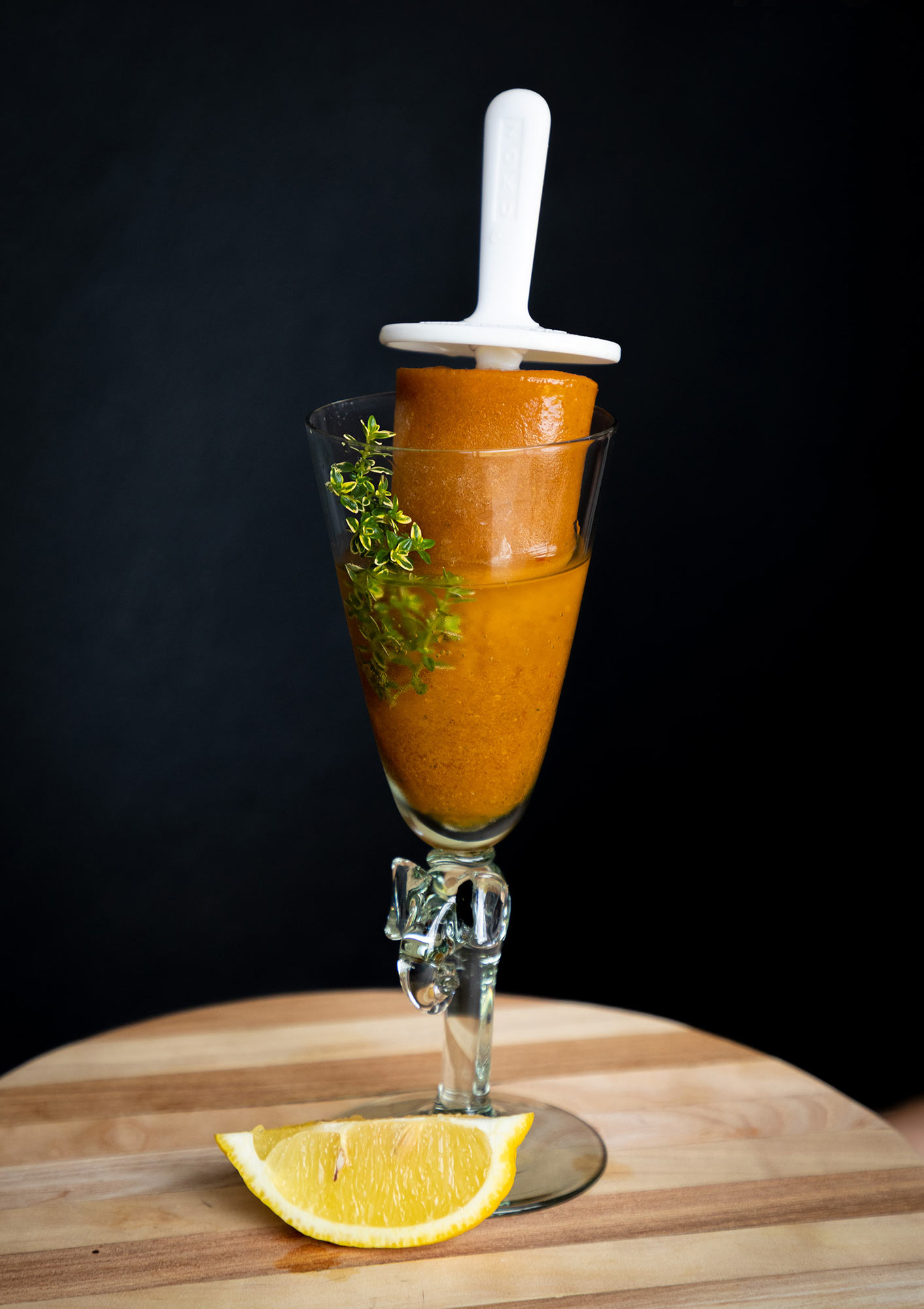 Purée all the ingredients in an upright jug liquidizer or with a stick blender until smooth. Alternatively, blitz the mixture for a shorter time which will give you a chunky, irregular mixture – just remember that any bits of fruit will probably freeze hard. Pour the mixture into rinsed lolly moulds – secure the sticks if your lolly maker allows for them to be inserted from the beginning; alternatively freeze partly and insert ice cream sticks when the mixture is semi-frozen. Freeze overnight. Unmould and serve as is, or upright in a glass with more vodka, some fresh lemon juice, and soda (or your other preferred mix).