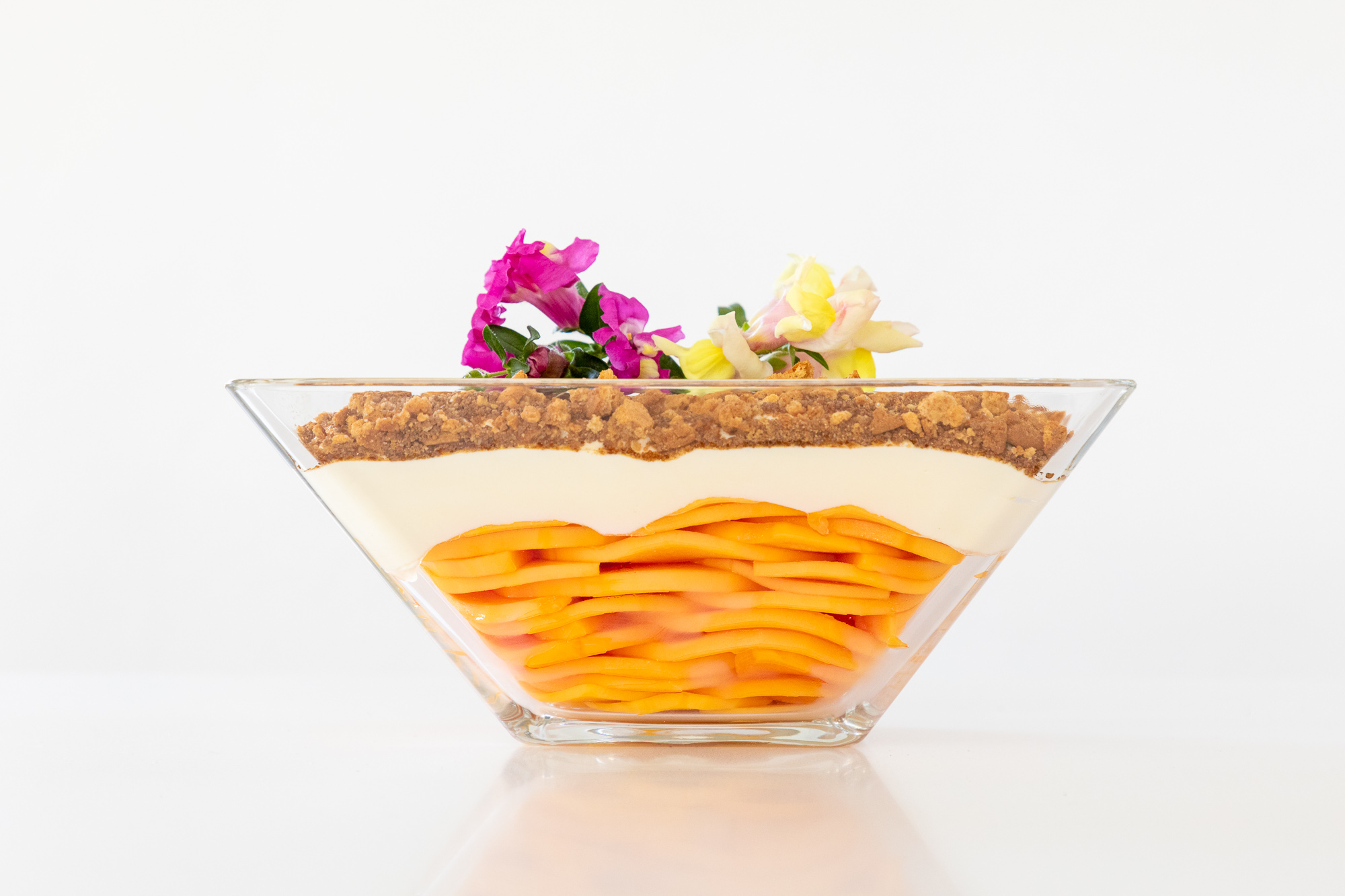 Even though this recipe has a decidedly late 20th century feel, it is a simple and elegant dessert that will continue to steal hearts, even today. It is an adaptation of a similarly light, yet comforting, mango dessert perfect for those hot summer days. The layers of fruit and thick blanket of lightened yoghurt with a dusting of cinnamon provides the same sort of satisfaction that a baked pudding delivers in winter. The papaya is even lighter than the mango, which has a lot of flavour and sweetness, so one can make quite a large version without any guilt. Make sure to use really thick and rich yoghurt instead of a low-fat version. The whipped cream helps to hold the yoghurt in suspension, so it is preferable to make the pudding in a flat, wide dish instead of one that is tall and upright.

For this version the cinnamon is mixed with crushed ginger biscuits for some added crunch and flavour, so be sure to spoon right through to the bottom of the dish so that each person receives a good serving of papaya and the yoghurt layer with the crunchy sweetness on top. Letting the dish sit in the fridge for a couple of hours or even overnight ensures that the flavours meld together and the sugar layer on top melts somewhat. Of course, one could also make these in pretty individual glasses and if you wish, you could make various layers of the papaya, yoghurt cream and cinnamon crunch instead of just one layer. The dessert needs no other accompaniments, but you could garnish it with a scattering of edible flowers.

Ingredients for 6 to 8 portions:

Mix together the sugar, cinnamon and ground up ginger biscuits. Set aside. Whip the cream until fairly stiff and then gently fold in the yoghurt. Set aside. Peel and slice the papaya as thinly as possible – the thinner the slices the better you will be able to layer them. Lay all the papaya in the container as tightly as possible, avoiding too many open spaces. Pile all the cream/yoghurt mixture onto the papaya and level it off. Sprinkle with the biscuit and sugar mix. Refrigerate for no less than 5 hours, but preferably overnight, and enjoy!